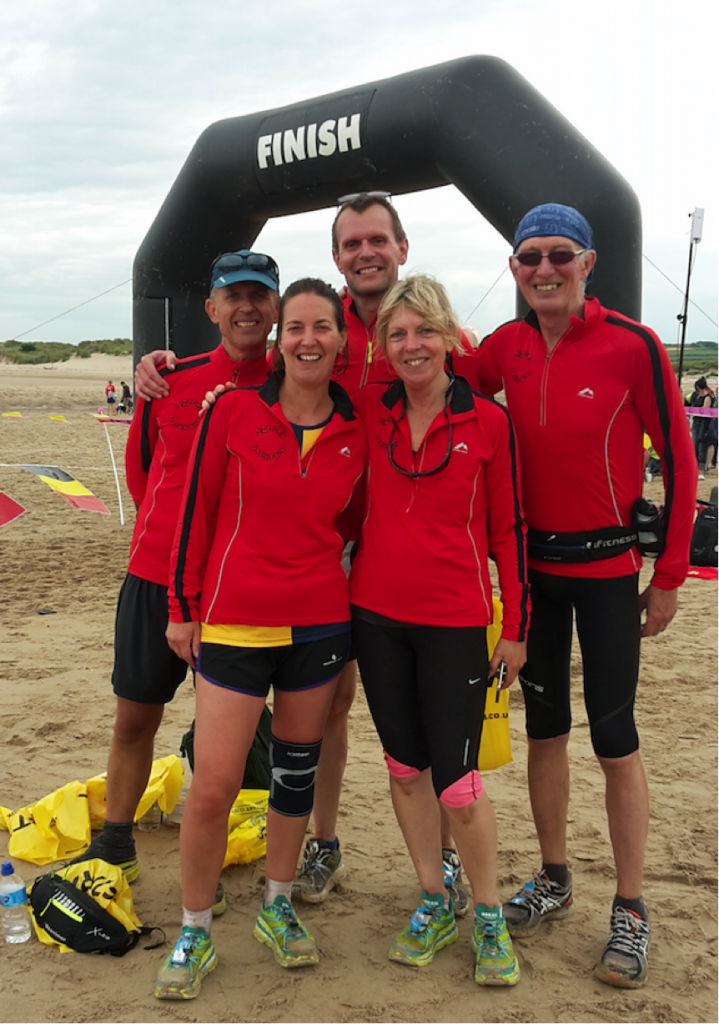 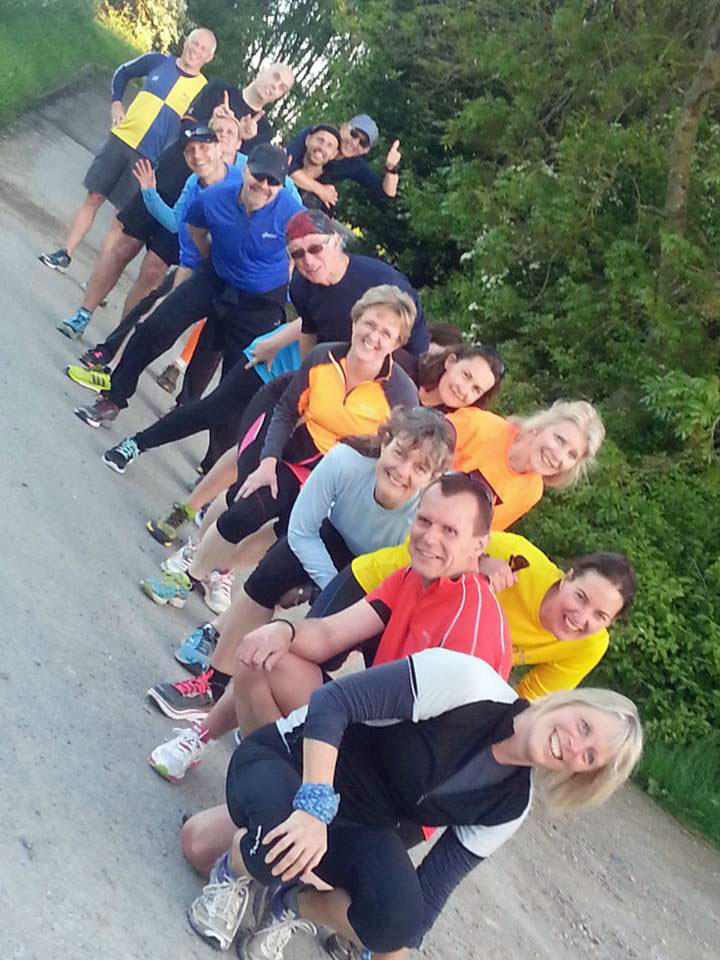 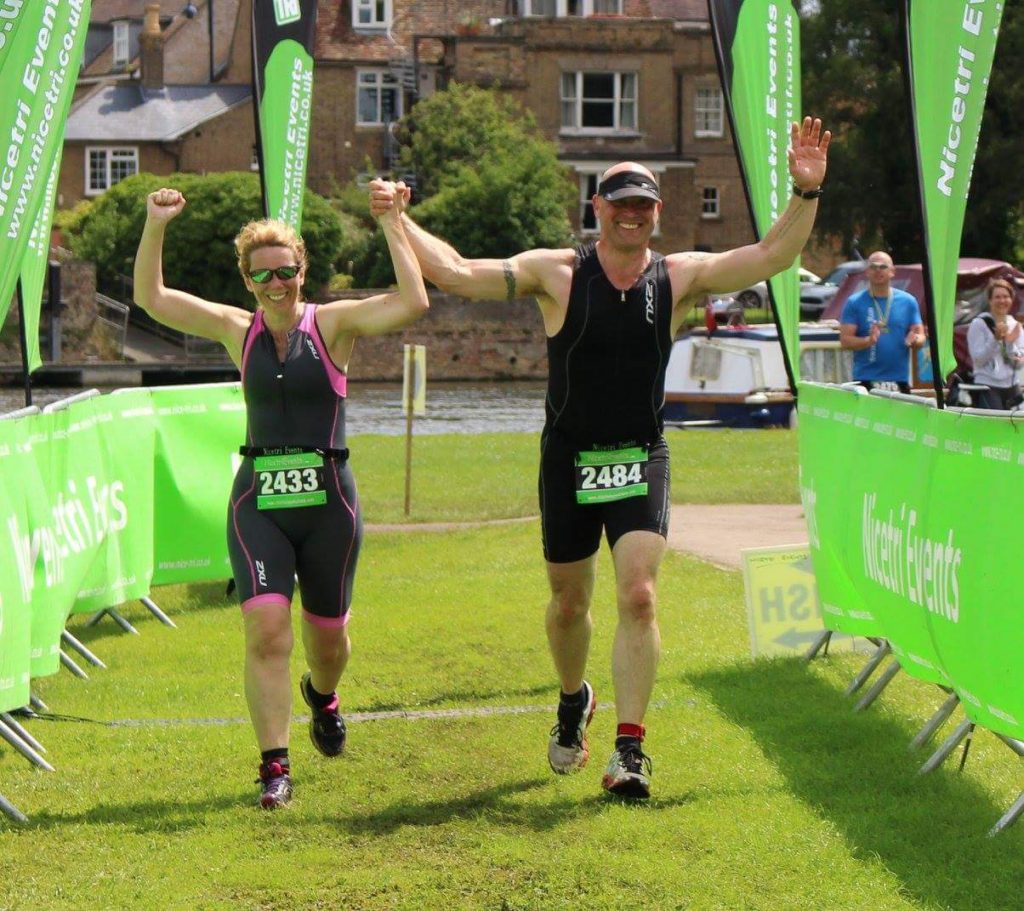 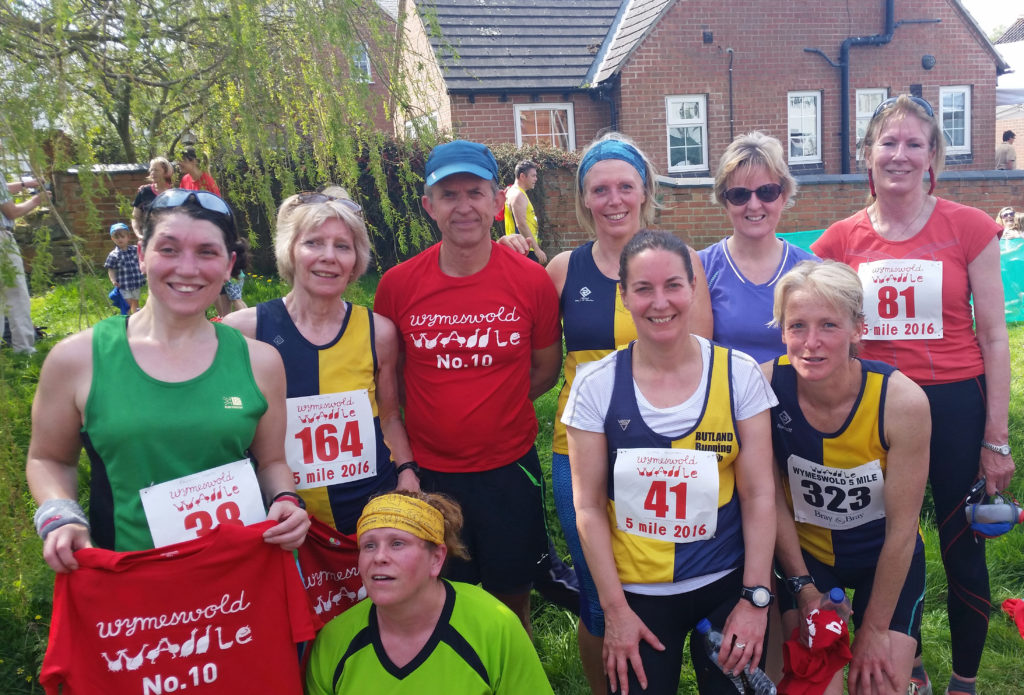 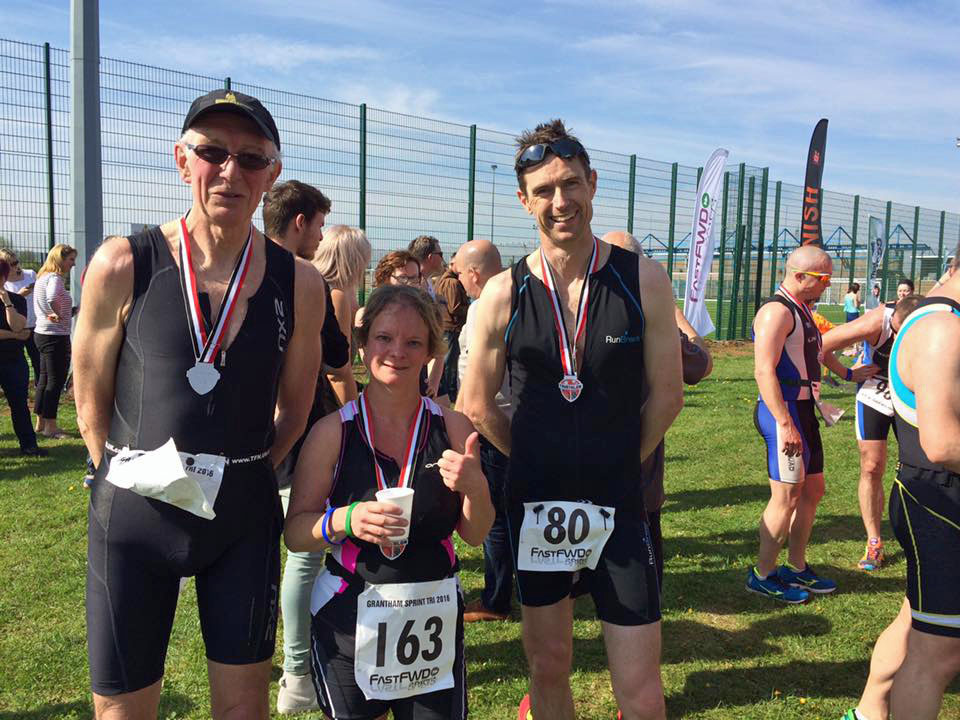 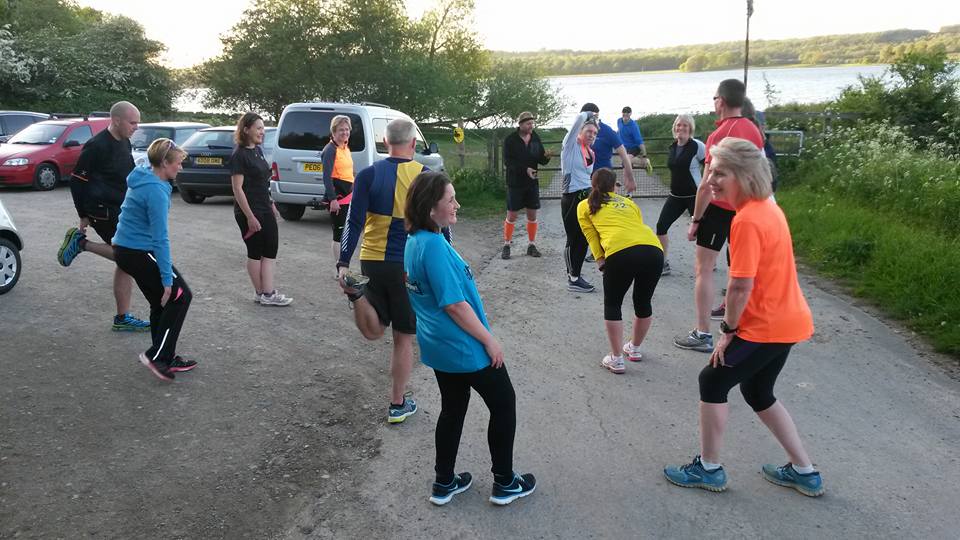 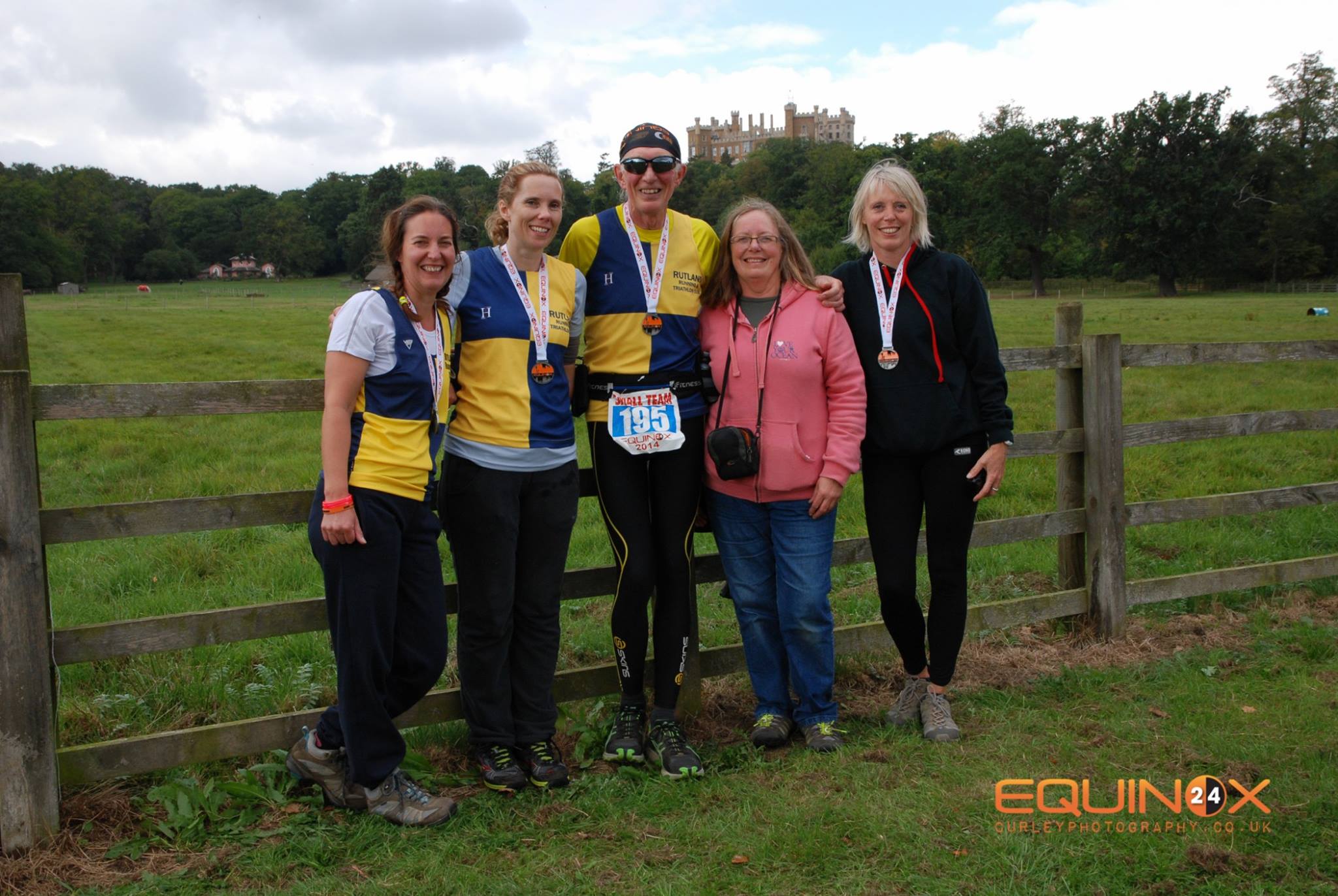 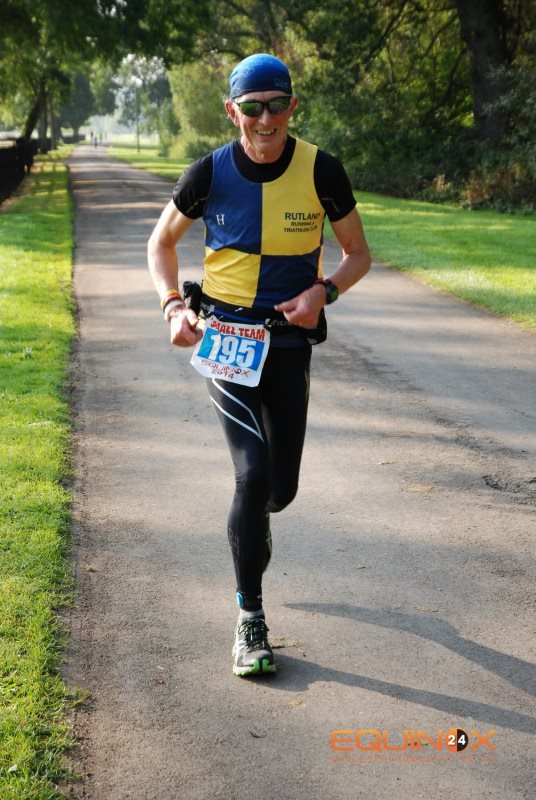 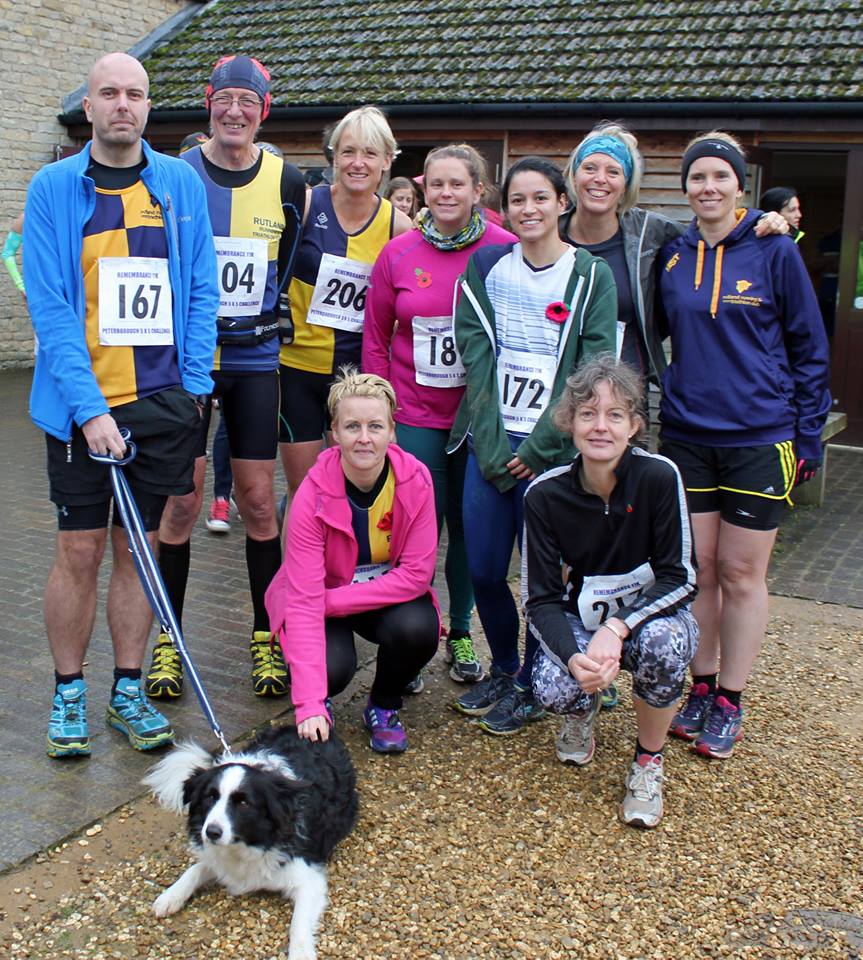 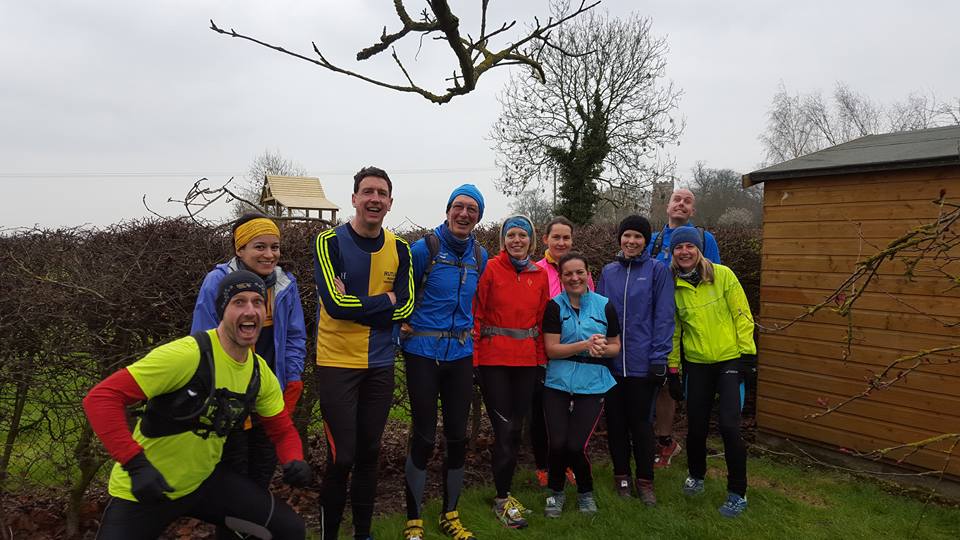 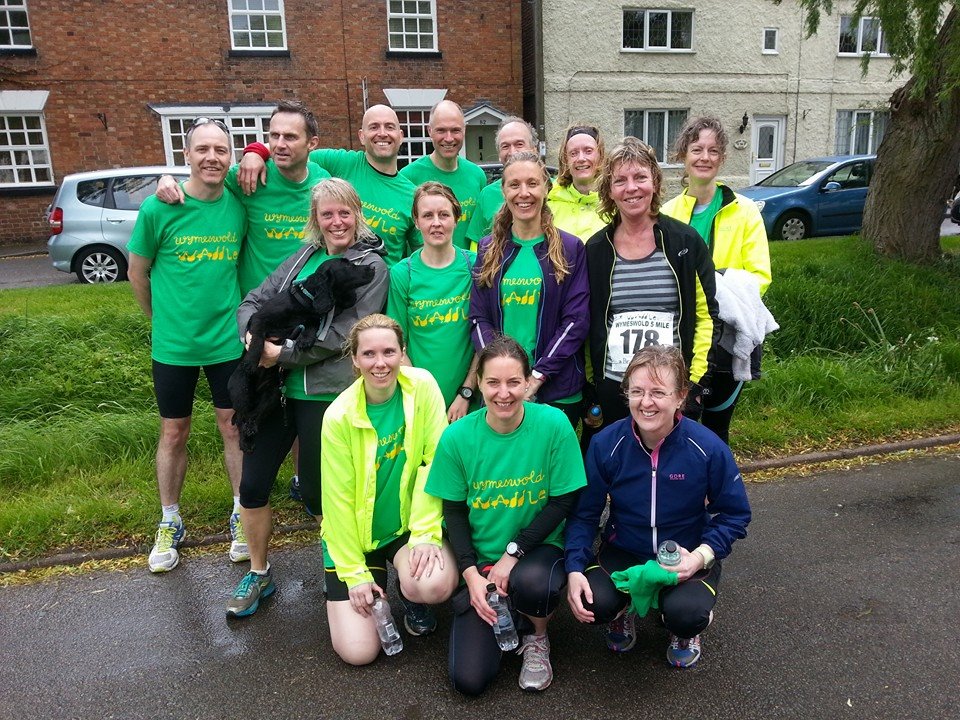 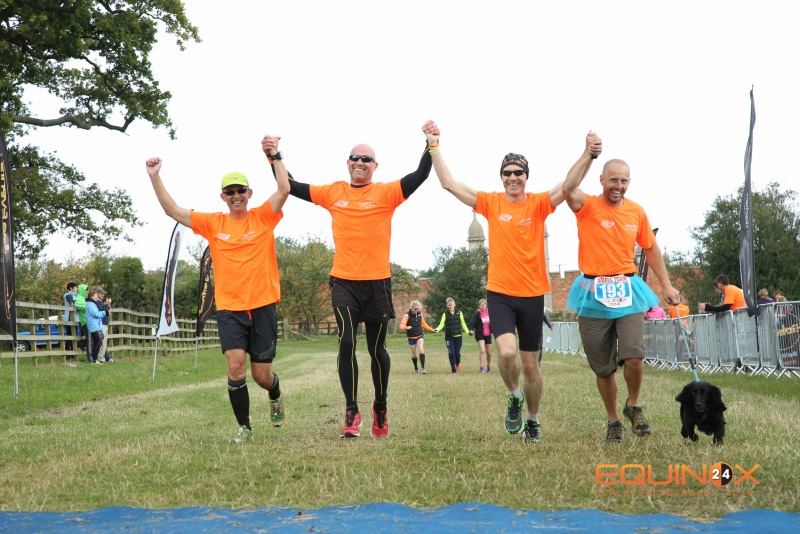 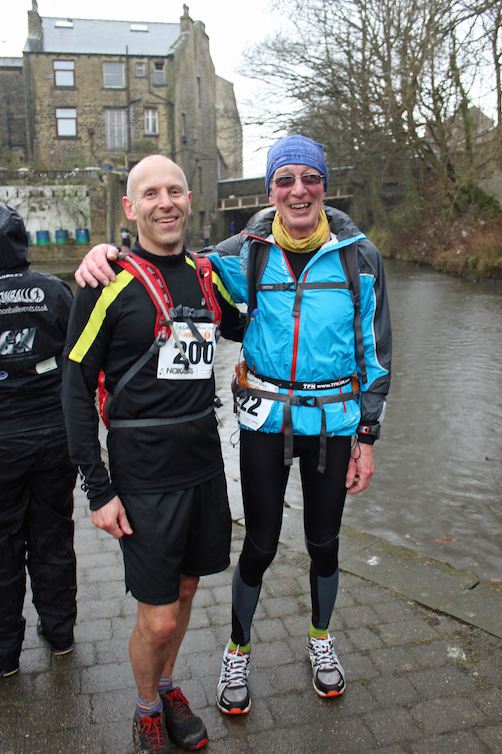 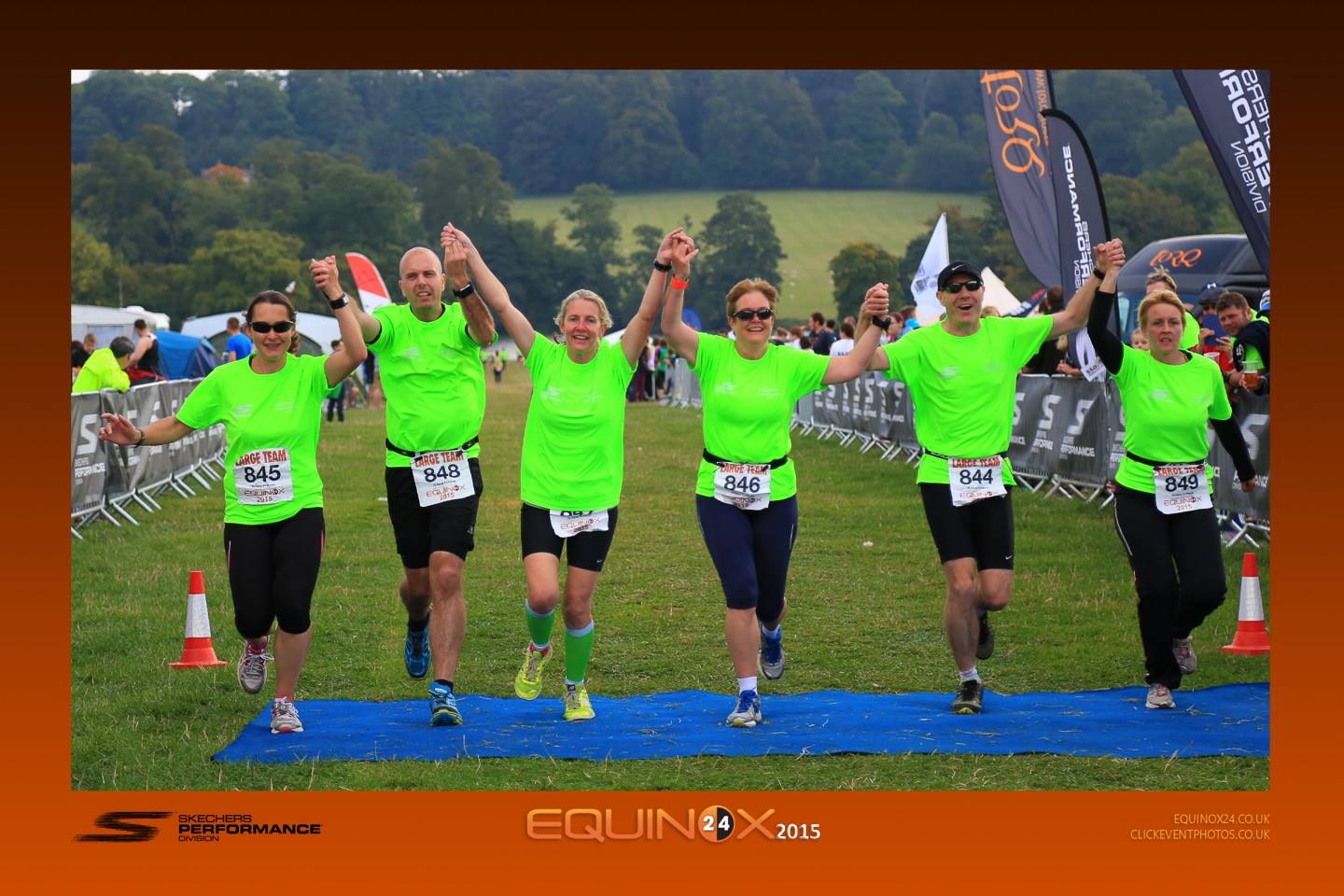 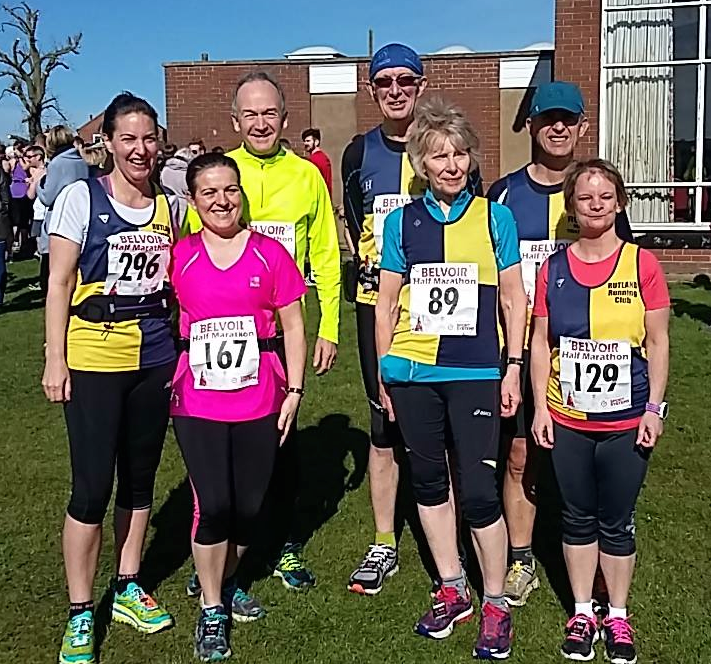 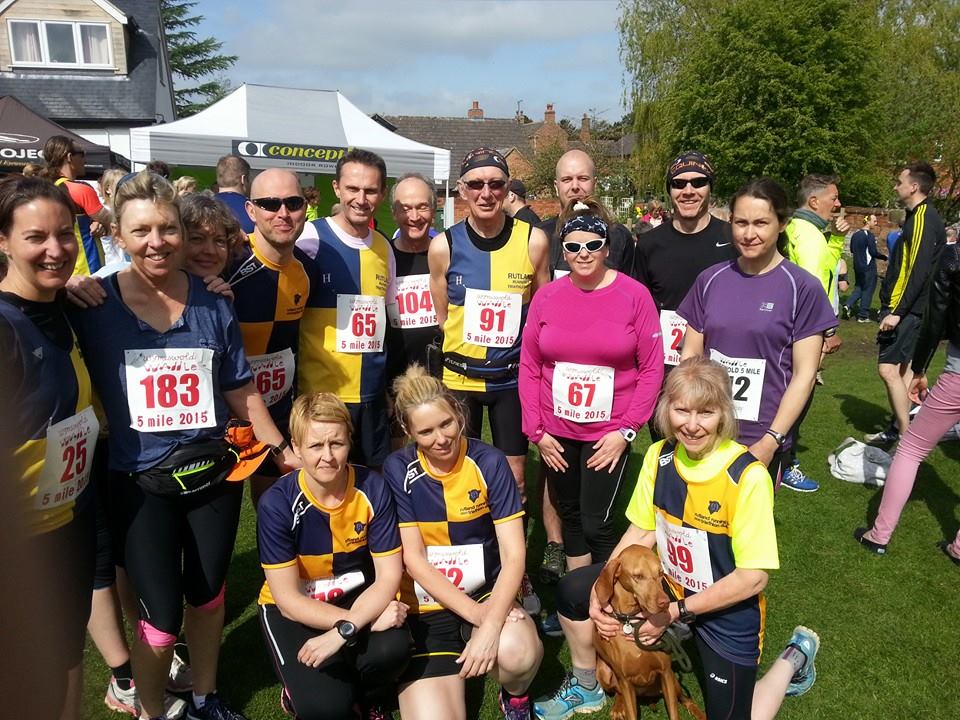 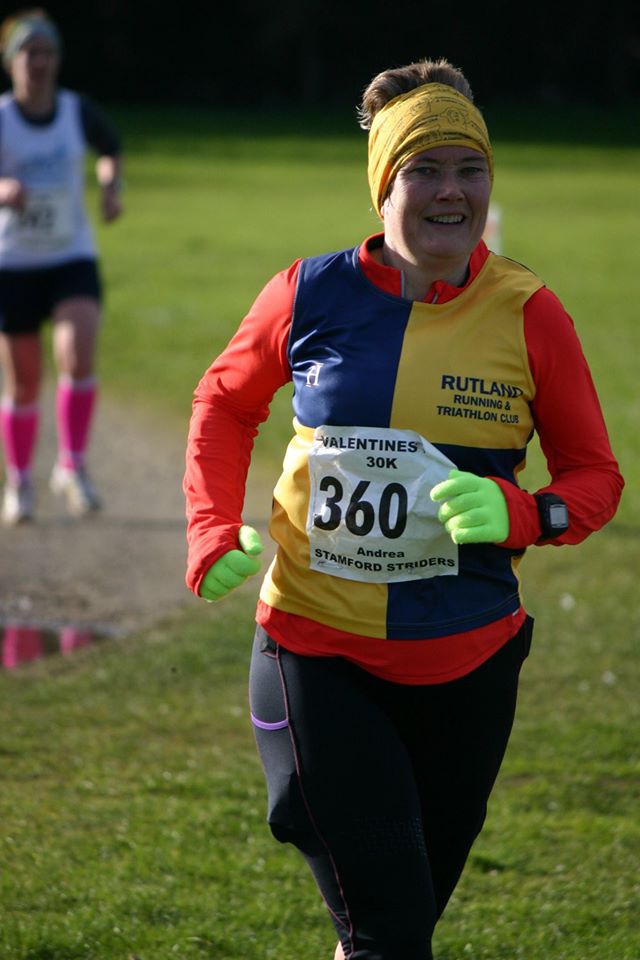 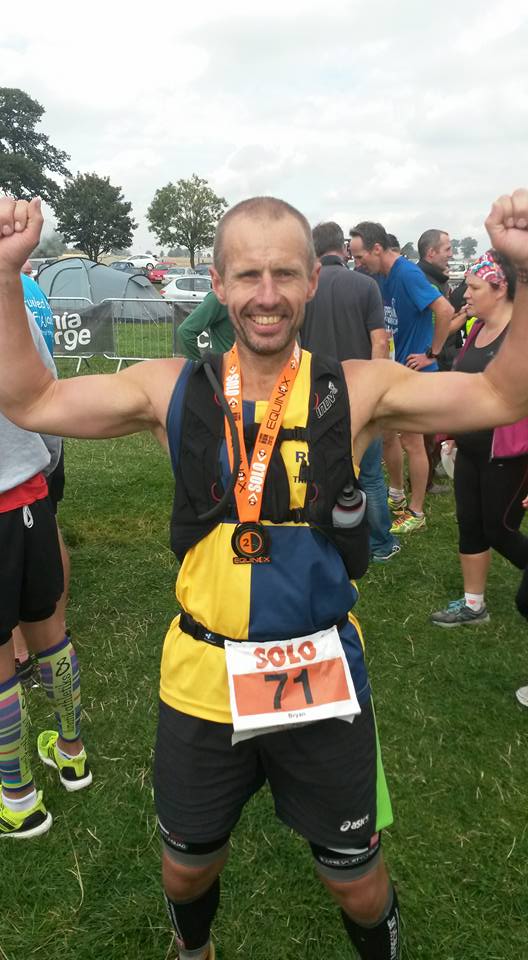 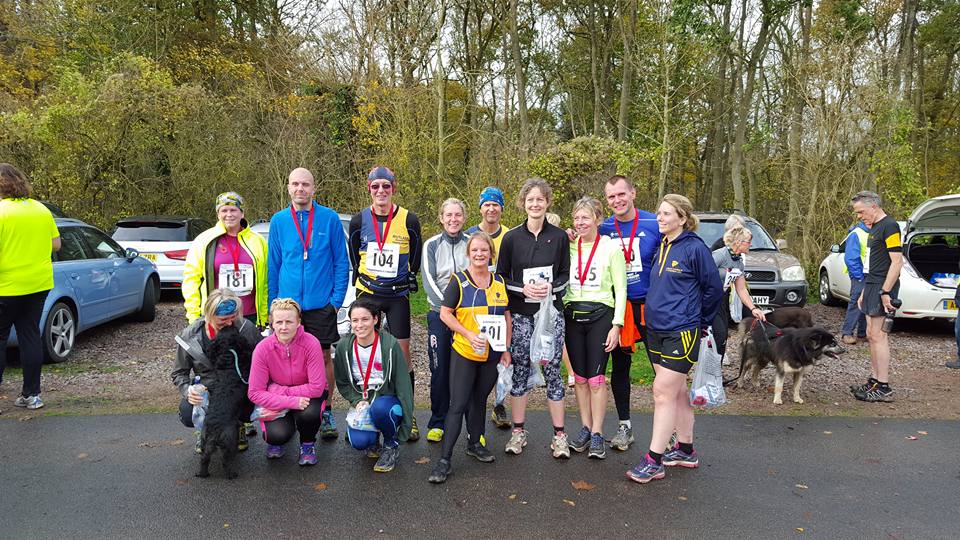 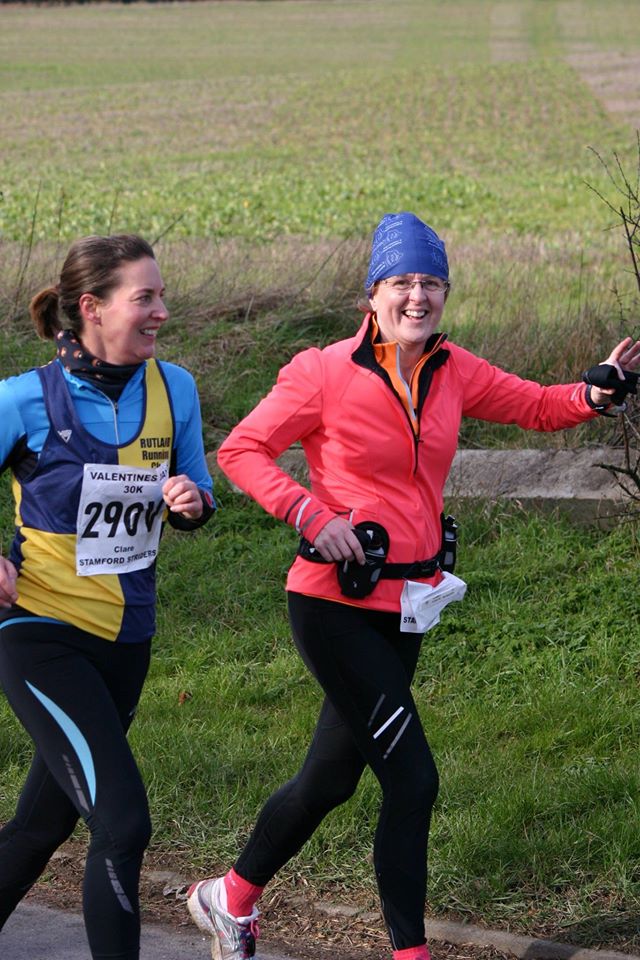 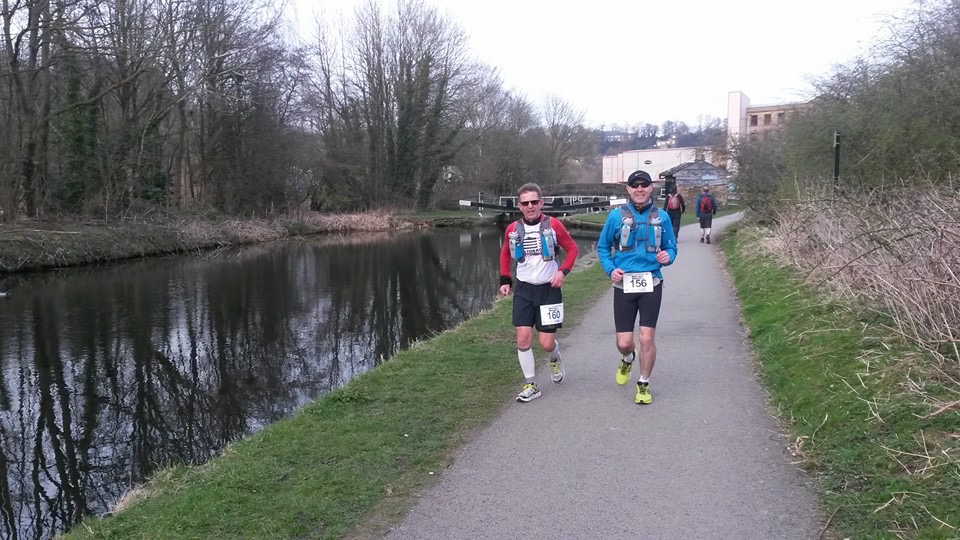 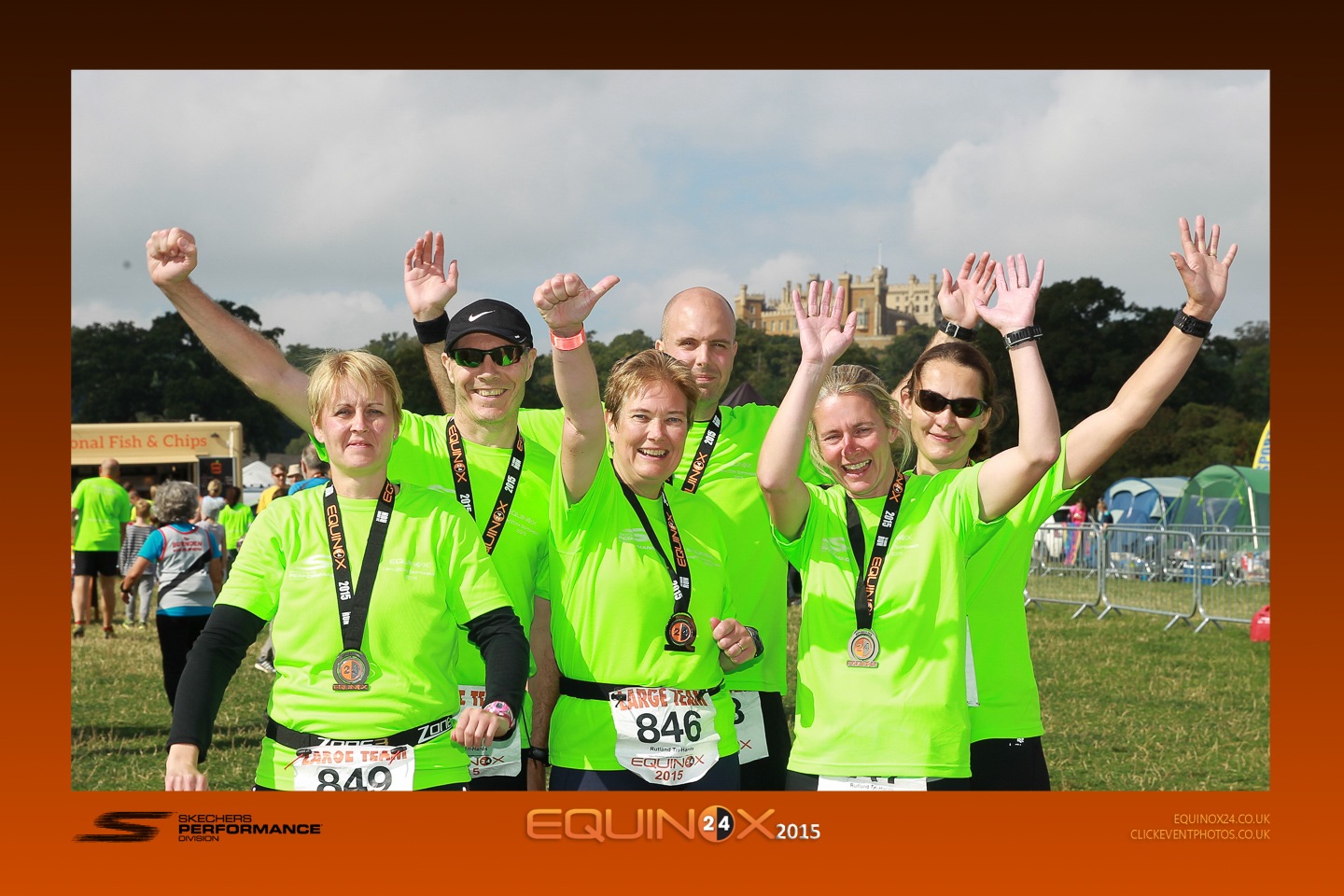 Judging from the feedback on Facebook, the consensus seems to be that last Sunday’s race was a very very tough challenge for some of you. This was the first time that the race organisers, Racetime Events, have staged this run and therefore a new addition to the Club Championship calendar. Held in the stunning grounds of Bradgate Park in Leicestershire there were 3 race options: 5k, 10k or 15k involving 1,2 or 3 laps of a very hilly course. To count towards the Championship, club mates had to enter either the 10k or 15k.

In the 10k event we had 5 runners amongst a field of 107 running the double lap course. First to finish for the club was Kate Howes in a time of 1:08:52. Congratulations Kate. Next home were Megg Humphrey and Simon Murton who were obviously running together. It appears that Megg took a “spectacular” fall during the run resulting in a sore hip to add a very hurt right knee. Hope you recover quickly Megg and you are not in too much pain. The final results for the 10k were:

Meanwhile we had 3 club mates running in the 15k race. Congratulations to Chris Jones finishing in a time of 1:25:45 and 13th overall. Next to finish was Helen Duncan with a time 1:32:49 of in 20th position but more notably she was 2nd lady home. Emma Potter finished a few minutes later in 1:35:44.

After the race, Helen’s reaction after receiving her 2nd place female trophy is brilliant:
“Can’t believe it. I’ve only ever won one trophy for running before in 2009 thanks to [the club] when I got most improved female. Today I got my second, yet again thanks to the club … Get In!!!”

Congratulations Helen and everyone else that took part. If anyone fancies doing it again and don’t want to wait until next year, Racetime Events are staging another XC run at Bradgate Park on the 12.June. See Club Calendar for details.

By my reckoning Helen Duncan will now be leading the Ladies Championship followed by Megg Humphrey in 2nd spot and Tracey Poole in 3rd. Meanwhile in the Men’s Championship I believe Simon Murton now leads the way having completed all 3 races so far this year.

The next Championship Race is the Belvoir Half Marathon on 10. April. Another club favourite and I can promise that it will not be so hilly. Details in the Club Calendar but I can confirm that there are only a few days left before online entries close at the end of this week. It may be possible to enter on the day if entry numbers permit and at an extra charge … so get in quick 🙂

Challenges can come in many forms and in the case of the Belvoir Challenge this is especially true. The annual 15 or 26 mile trail race around the Vale of Belvoir is organised by Hareby village to raise funds for the local primary school is always one event that many of our club members look forward to. This year the event was held last Saturday (27th February) and attracted its largest ever entry with around 1300 entrants to either run or walk the picturesque cross-country course that includes the delights of Knipton Reservoir and some stiff climbs on and off Belvoir Escarpment with stunning view across the Vale of Belvoir.

In previous years the challenge has included dealing with not only the distance but also the weather and especially the mud. This year the conditions could not have been better with the weather gods providing a gorgeous sunny if initially chilly day and with little rainfall in the lead up to the event there was noticeably less mud to deal with and much firmer ground.

Hence this year the challenge was more to do with resisting the temptation at the various feed stations along the course as well as completing the distance. The good people in the surrounding villages always provide a good spread that involves plenty of cakes and assortment of other delicacies for the entrants to enjoy.

However it does seem that the healthy turnout from the club managed to resist the food temptation and record some very good times this year comparing to previous years. Most members opted for the 15 mile race although it was actually nearer to 16 miles in distance. First home for the club was Helen Pape who was 3rd lady who as it turned out was a mere 23 seconds ahead of Richard Evans.

Dawn Morris and Damian Wilkins were not really competing but instead opted to walk and enjoy the scenery of the 15 mile route and completed the course in 4:49:30

Special mention goes to Bryan Clary who was the sole club representative in the 26 mile option finishing in a fantastic time of 3hours 48minutes.

Fantastic results everyone and despite the weary legs I think everyone had a great time.

This was the second race in the Club Championship and after age grading, Helen Pape is leading the Ladies Championship followed by Helen Duncan and then Megg Humphrey. In the Men’s Championship, club president Paul Rogerson leads the way followed by Martin Gordon-Kerr with Simon Murton in third spot